Introduction: The purpose of the presented study was to evaluate the effect of zirconia thickness on the tensile stress of zirconia based all-ceramic restorations. Methods: Twenty zirconia disks with 10mm diameter were prepared in two groups using CAD/CAM system. The thickness of zirconia was 0.5mm in first group and 0.3mm in second group. After sintering, 0.4mm glass ceramic porcelain was applied to each disk. Then, sintering and glazing of porcelain carried out. Instron testing machine with 1mm/min crosshead speed used to evaluate the failure load of the samples. Biaxial Flexural strength standard formula employed to calculate tensile stress of specimens. Statistical analysis performed using SPSS software. Results: Although data analysis showed more maximum tensile stress in 1st group, no significant differences were found between two groups. Conclusion: Zirconia with 0.5mm and 0.3mm thicknesses cause similar tensile stress in all-ceramic restorations and thickness of these laminates could be reduced to 0.7mm.

Nowadays, the desire for beautiful smile with shiny teeth in order of higher personal self-steam has increased patients’ demands for getting their inelegant anterior teeth restored. Although porcelain fused to metal crowns was the most common treatment for these purposes, all-ceramic restorations need more conservative tooth preparation. On the other hand, laminate veneers are prepared at the same level of enamel to protect dentin and pulp. Furthermore, metal-free restorations are more pleasant; make natural tooth brightness and present more natural soft tissue color than PFMs (1).

Despite all positive aspects of all-ceramic veneers to substitute PFMs, restricted depth limits laminate thickness, which makes it sensitive to masticatory loads. Recently, most of the scientists and dental researchers are working on improving the mechanical features such as, failure load and marginal integrity of all-ceramic laminates. One of these efforts was combining the strength of ceramic cores like alumina and zirconia, and superior aesthetics of a weaker veneer ceramic (2).

Zirconia is a crystalline dioxide of zirconium (3) with metallic mechanical properties and tooth like color (4).  Its special qualities such as strength, transformation toughening, white color, chemical and structural stability make it a good choice for a core material (5). Application of 0.5mm zirconia core to porcelain laminates has increased the strength of all-ceramic restorations (6). Zirconia based restorations presented 755 N average load capacity (7) and fracture resistance of 1mm thickness monolithic zirconia crowns was as same as PMFs (8). In addition, zirconia based laminate veneers presented more fracture resistance in comparison with glass-ceramic ones (9).

Zirconia opacity helps dentists to cover unsightly discolored teeth by thin restorations (9).Aesthetic aims require at least 0.4 mm thickness of veneer porcelain on zirconia core. Thus, through 0.7 mm thickness of laminate veneers, 0.3 mm remains for core materials. So, the purpose of this study was to compare the tensile stress of all-ceramic restoration with 0.3 mm and 0.5mm zirconia core. The null theory was that these two zirconia thicknesses lead similar tensile stress in zirconia based all-ceramic restorations.

Twenty Cercon zirconia based all-ceramic disks were prepared as below:

Before failure load examination, disks were evaluated under low magnification microscope to clarify any cracks or breaking and damaged samples were then excluded.

Clear surface (Zirconia part) of disks placed on a tripod pellet of universal testing machine (SANTAM STM-20, Santam, Iran) and loaded by one millimeter per minute crosshead speed (a piston with 1.6 mm diameter cylindrical indentor closed to the porcelain surface) and 50 kg to 200 kg load cell until fracture occurred. Force/Extension diagram was traced by Instron software for each sample. After disks breaking, the device was stopped and Peak and Break points which are equal for brittle materials such as zirconia were measured.

A: radius of the support circle

B: radius of the tip of piston

Calculated maximum tensile stress of specimens is presented in Table2.

Diagram 1 & 2 containing Force/Extension diagram of one sample of each group, which was created by Instron device software. 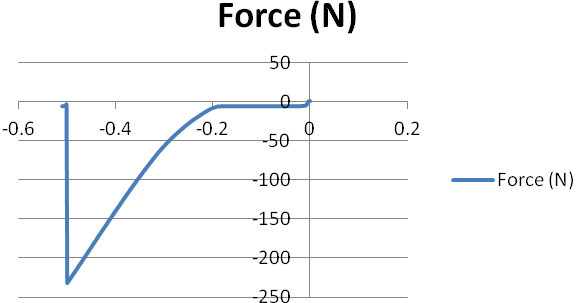 Table 3. Statistical indices for both groups.

Dentists are looking for the best materials to use in different clinical conditions. They have to rely on standard laboratory tests to choose appropriate substances they need. In clinical situation most of restoration’s failures are chipping, breaking or deformation, which are the result of materials’ properties. But, it should be considered the restoration success also depends on biophysical and physiological quality of supporting tissue.

Ceramic materials have an important role and situation in restorative dentistry. One of the advantages and also a disadvantage of the ceramics is their brittle nature causing friability of them when there is more than 1% deformity (14). This issue causes researchers efforts to find ways for increasing ceramic strength to prevent its fragility with preservation of other positive characteristics which has made it unique. Such material production has been accelerated during recent years mainly with the aim of increasing the materials power and appearance beauty. Metal core of fixed restoration prostheses is still one of the reliable solutions for ceramic enhancement. However, increasing needs for more beauty in ceramic restorations has led to the endeavors to find a replacement for opaque metal core. Based on the above reasons, all- ceramic systems were emerged that were totally different. zirconia (ZrO2) application is one of the most recent approaches. These materials are applied in industry specifically in electronics and medical fields like in orthopedics. Now, this material has a special place in dentistry that is mainly used as a core material of ceramic restorations and also as osteointegration substance in dental implants. Application of these materials has been initiated since 2000 and become more acceptable since 2010(15).

Although, different kinds of ceramic systems containing zirconium have been used in industry (16), three systems have been applied in dentistry. These systems include complete stabilized tetragonal zirconia, partial stabilized zirconia, and zirconia reinforced alumina.

In this cross sectional study, the failure load of all-ceramic restorations containing zirconia with 0.7 and 0.9 millimeters (mm) thickness was assessed and difference between tensile stress and failure load of two groups were not significant.

In previous studies, various characteristics with regard to the failure load of ceramic restorations have been compared and assessed. Sun et al. performed a research concerning the effect of thickness on failure load and showed that monolithic zirconia crowns had higher failure load in comparison to monolithic disilicate lithium crowns, layered zirconia crowns, and metal ceramic crowns. It has also been revealed that fracture load of monolithic zirconia crowns with 1mm thickness could be similar to PFMs. Furthermore, increasing core thickness from 0.6 mm to 1.5 mm multiplies fracture load of this restoration system by 3 (17). These results are not in consistent with our results; however, diversity of thicknesses and applied materials between Sun study and ours are different.

In our study, only the effect of zirconia thickness on the failure load of all-ceramic laminates were examined. But, according to the previous researches failure load of restorations are influenced by applied materials, preparation methods, finishing line and fabrication method which were not considered in our study. It should be suggested to test different zirconia systems, preparation methods and etc. and repeat the experiments in oral cavity conditions.

The tensile stress of zirconia based all-ceramic restorations produced by CAD/CAM system with 0.7 and 0.9 mm thicknesses were not significantly different. Thus, in clinical situations 0.3mm zirconia core is enough for laminate veneers.