Background and objectives: One of the simplest and cheapest attachments for overdentures, is the ball-type attachment, however, keeping it during the first year of prosthesis delivery and after that is one of the main concerns of dentists. The present study aimed to assess the wear of matrix in overdentures attachment supported by one, two and three implants in the mandible.
Materials and methods: Thirty edentulous patients were randomly divided into three groups: the first group received a single implant in the midline of the lower mandible, the second group two implants in areas B and D, and the third group three implants in areas B, C, and D. The attachment used in patients’ prosthetic with single and two implants was O-ball/ring attachment and for patients with three implants, the treatment plan was ball bar-supported attachments. After placing the new matrix implant for each patient and obtaining their consent, the matrix wear was measured with CMM (Coordinate Measuring Machine) device. To compare matrix wear after six months and one year, measurements were repeated. Data analysis, using ANOVA and multiple comparisons was down by Tukey Test. variance with repeated measures and Tukey test were used to compare the groups two-by-two. P.value less than 0.05 was set statistical significant. SPSS 16 software was used for data analysis. Results: The data obtained from the CMM device showed that the lowest mean matrix wear in the maximum single implant and maximum mean were in group two. Conclusion: Both time and the number of implants had a significant effect on the wear of the O-ring.

In this in vitro experimental study, 30 fully edentulous patients with a mean age of 59 years, being edentulous in the mandible arch for at least one year and treated under overdenture implant participated. Data was collected through observation and checklist. Patients were divided into three groups: the first group, a plate form 3.8-mm implant (Implantium, II SOFX 483810R, South Korea) in midline of mandible, in the second group, two implants in areas B and D with the same diameter and brand were placed. Attachment systems used for both groups of patients were O-ring and metal housing (Implantium, SOBA 4800 simple line II South Korea) (Fig 1 and 2). 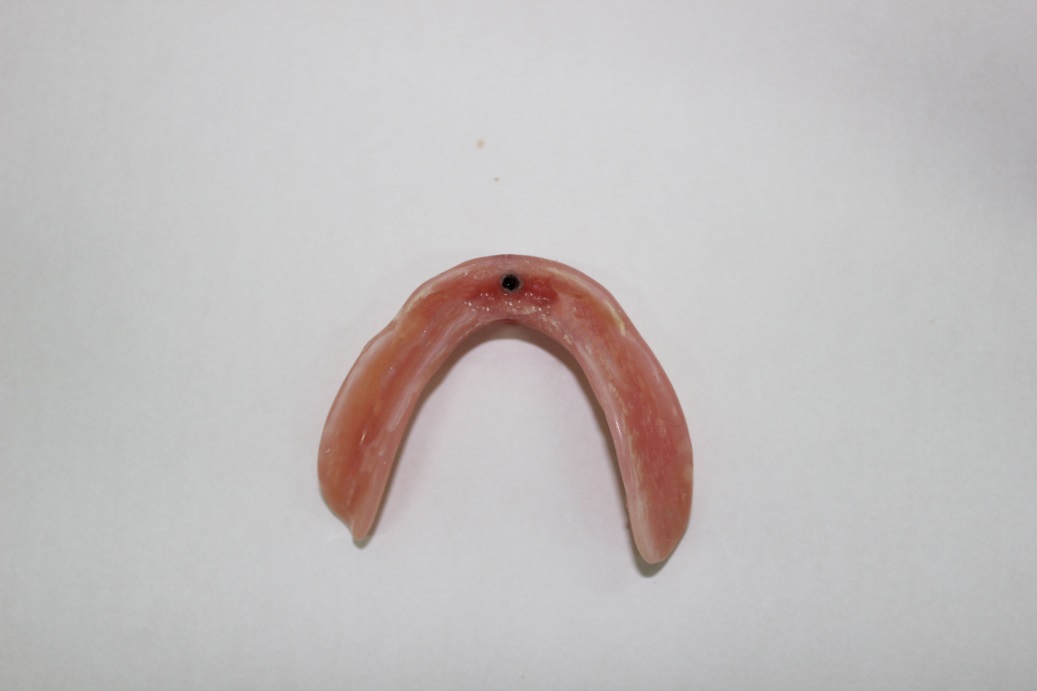 Figure 1.The sample used in the study 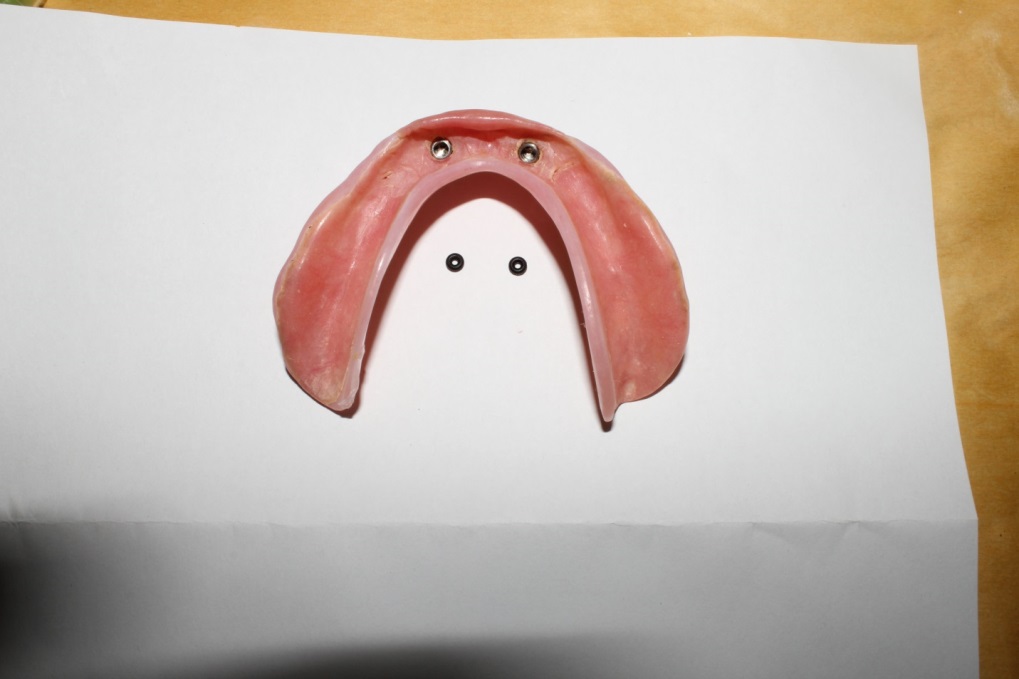 Figure 2. The sample used in the study

The third group had three implants in areas B, C, and splinted by a metal bar-shaped frame and two ball-shaped attachments between implants. Denture of patients consisted of supra structure with two metal housing and the nylon cap. All patients used simple completed denturesin the maxillary. After placing the new matrix (O-ring) in prosthesis of each patient, with the consent of the patient, samples were sent to the laboratory to measure the amount of wear in the matrix as measured by the coordinate measuring machine (LH87; Wenzel, Germany). Metro soft 3.60 Software was used in this device and the measuring range was 800 × 1000 × 700 mm (Fig. 3). 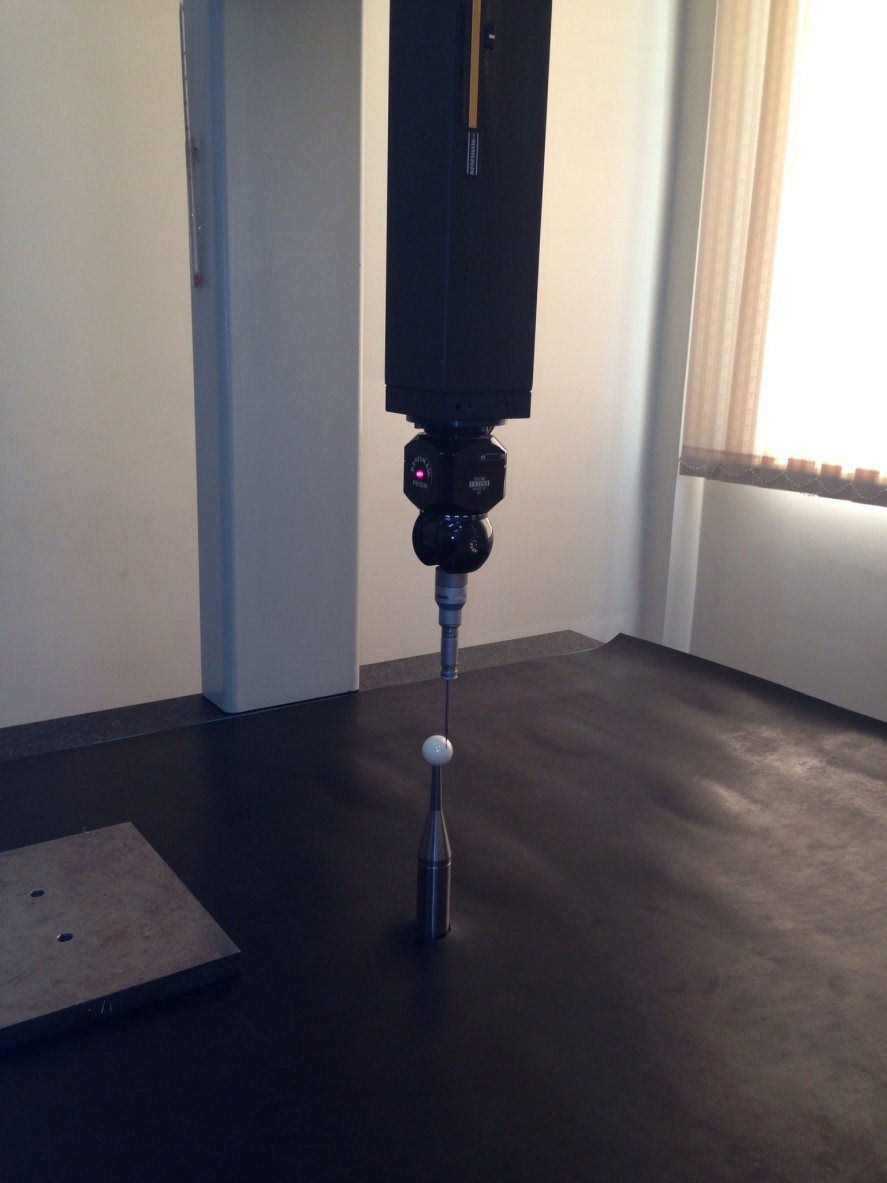 The device probe can determine coordination at the center of each circle than the standard sphere, and amount of out of circularity (OC); that is the difference between surface points of the measured circle and an ideal circle with similar radius (Fig. 4). 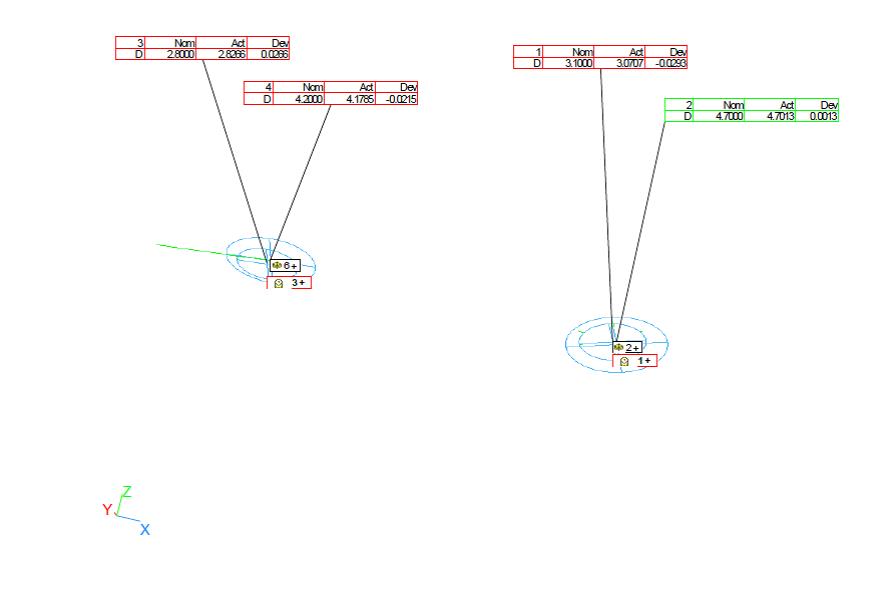 Figure 4.Sizes obtained by CMM devices related to Overdenture matrix of implant based on two measurements in one-step

After six months of using each denture, patients were followed for periodic assessment and their dentures measured for the amount of matrix wear for the second time using the CMM (Coordinate Measuring Machine). These assessments were repeated for a third time after six months and if needed, matrices were replaced. The pattern of wear was determined through direct observation of matrices. Finally, to summarize the collected data, descriptive statistics including charts, tables and numerical indexes were used. In addition, for data analysis, using ANOVA and multiple comparisons was down by Tukey Test. variance with repeated measures and Tukey test were used to compare the groups two-by-two. P.Value less than 0.05 was set statistical significant. SPSS 16 software was used for data analysis.

The data obtained from the CMM device showed the lowest mean matrix wear in single implant and the maximum wear in the group with two implants.

Finding worn out O-ring and comparing them with healthy figures showed that almost half of the samples with single and two implants had installation damage that caused the O-ring to tear and scale. This type of wear, which is a common problem, determined with short cuts notch and scaling. The causes of problems of sharp edges on the encapsulator are due to improper laboratory procedures, sharp edges on the ball and large size O-ring, O-ring rotation in encapsulator, small-sized O-ring for ball or insufficient sliding of the O-ring during placement. Suggested solutions include using appropriate size of the O-ring and lubricant (Table 1; Fig. 5 and 6). 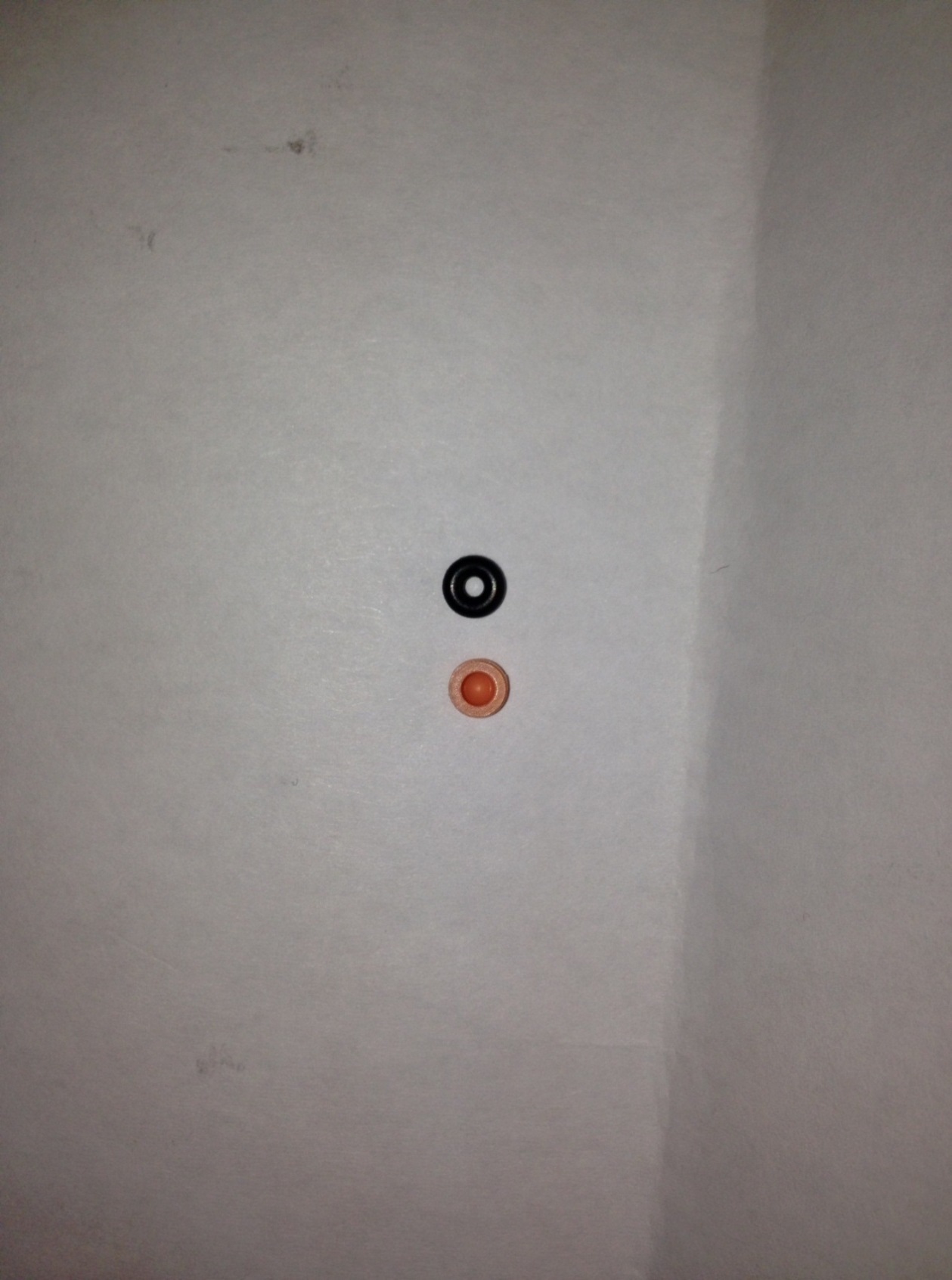 Figure 5.View from the O-ring normal

Table 1. Descriptive statistics wear the Matrix Based on the number of implants and Time

Figure 6.View of the wear of Installation and Spiral

In other combinational cases, extrusion and spiral damage were observed. Comparing nylon cap used in the prosthesis supported by three implants in more than half of the samples, a combination of abrasion and compression set were observed (Table 2 and 3; Fig. 7) 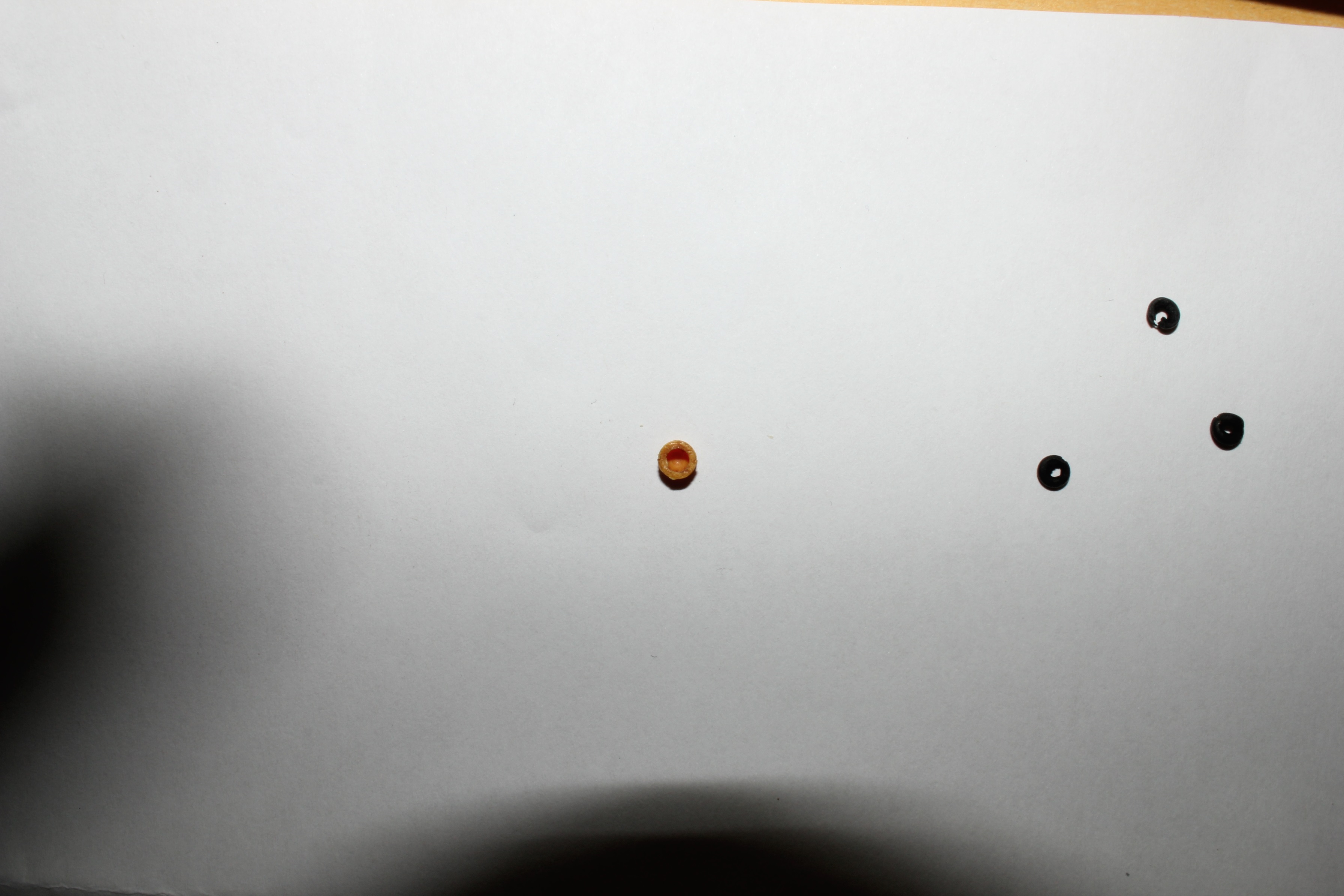 Table 3.Wear resistance of the matrix in over denture implant over time.

In the in vitro study, conducted by Branchi in 2009 where 4 Matrix types with ball attachment were compared, it was observed that O-ring matrix had a progressive decrease in retention up to 1600 cycles (insertion and removal) and then the retention remained stable. After approximately 500 cycles, the retention reached below the theoretical limit (0.5 kg) in order to ensure acceptable prosthesis retention. He considered that reduced retention was due to lower modulus of elasticity in O-ring matrix (22). According to research findings, a patient takes out the denture almost 3 times a day. Thus, 1000 cycles of wear test is equal to one year of clinical use of denture28-30. In patients of the present study, similar to Branchi’s study, a progressive reduction in retention was observed during one year, but not all patients were dissatisfied with denture retention; it should be noted that the study conducted by Branchi was in vitro, whereas patient satisfaction from treatment and retention of denture is a complex and multifactorial phenomenon and does not just depend on biomechanical factors.

The results of the study by Aslabeeha during one year on single implant-supported overdentures to compare retention and deformation of four different types of attachments showed that the minimum retention and maintenance were in plastic matrix with 2 replacements in 12 patients which confirm the results of the current clinical study (25). Oliver Fromentin showed in a study in 2012 that many factors such as attachment angulation to the occlusal plane, inter implant angulation, different routes of insertion and removal, muscle strength and chewing habits are effective on the amount of retention. Denture stability is also an important factor affecting the retention26. Perhaps one important factor in increasing retention in overdentures supported by two and three implants in the present study was harder control of attachment angulation to the occlusal plane and inter implant angulation. On the other hand, it seems that increase in the stability of the implants supported by three implants reduces the influence of other variables in matrix retention. The reason for differences in the type of retention in the two types of O-ring is related to the difference in the material of O-ring and the type of ball system used. Single and two implant systems in ball attachment and ready housing are used with a polished surface, while the attachment system supported by three implants is made of castableball and bar. The nylon caps used in prostheses supported by three implants in more than half of the samples as a combination of abrasion and compression set were compared. In abrasion, thinner surface of the O-rings are smooth and rubbed; one of the reasons for this is the rough surface of metal ball that acts as abrasive. It is suggested to use more resistant O-ring to fix the problem of surface wear. In compression type, smooth surfaces are created in both sides of the O-ring. The common reason for this problem is parafunctional clenching on the prosthesis. Other reasons include using elastomer with improper compression characteristics or bites on the prosthesis to place prostheses. The proposed solution is to take the prosthesis out from the mouth during the night and reduce the hardness of the O-ring(19). Finding worn out O-ring and comparing them with healthy figures showed that almost half of single and two samples had installation damage. The causes of the problems include large size of O-ring,, O-ring rotation in encapsulator,  small O-ring for ball or inadequate sliding of the O-ring during placement. It seems that due to the structural form of Implantium, O-ring has more elasticity than the Rheinnylone cap, thus it increases the likelihood of O-ring rotation. Suggested solutions include using appropriate size of the O-ring and lubricant.

Time and the number of implants, both had a significant effect on the O-ring wear. Among the three groups in the study, the lowest rate of retention was in the group with single implant.